I’ve been the Support Committee Chairperson for 4 years, and I receive emails from the Ontario Army Cadet League and the National Army Cadet League often. At the beginning of the summer, I get an invitation to the League and Sponsor Appreciation Day at Blackdown Cadet Training Centre. I’ve been to 2 Sundown Ceremonies and to 4 Graduation Parades at Blackdown, but for some reason, I’ve never been to the League Appreciation Day. This was the year to change that.

League and Sponsor Appreciation day is a chance for groups who sponsor cadet corps (often the Royal Canadian Legion, but sometimes other groups, such as Police forces or other community groups), and League (Army Cadet League representatives, such as me, my liaison representatives, or members of the provincial command) to visit Blackdown. It’s kind of like an open house, where there are presentations and tours of the different training companies. At 21 Army Cadets, we also invite our benefactors who have donated money or other support to our corps over the year.

Mr. MacDonald and I left bright and early to arrive at Blackdown by 8:30. My weather widget said that we could look forward to a lovely sunny day, so of course, it started pouring rain on the way there. By the time we parked and walked to the parade square, the clouds were starting to break up, and we could enjoy Battalion Parade with just the threat of rain.

At Battalion Parade, With the help of the Advanced musicians from Kilo and Juliet, all the companies marched on to the parade square for inspection. There were 1606 cadets on parade. The sound of that many boots, and that many cadets chiming in to Black Bear always makes me feel excited for the traditions and memories being made here. At Sundown Ceremony and Graduation at the end of the summer, there are more than 800 more cadets joining their peers, and the events be even more impressive than this one!

After the reviewing officers finished their duties, awards were handed out for the weekly top companies, top cadet from each company, top CIC officer, top Staff Cadet, and other recognition awards. Finally, there was a battalion march past and the companies returned to their respective training areas.

Next on the agenda was a demonstration by the Pipes and Drums and Military Band companies. They played some massed band songs, and some Pipes and Drums only or only Mil Band only pieces. These cadets are half way through their 6-week training, and I’m eager to see how much further they push themselves to achieve.

After the demonstration, we had a presentation by LCol Boileau, the Commanding Officer of Blackdown, about the challenges and rewards of commanding a cadet training center the size of Blackdown. Then, the cadet Regimental Sergeant Major of Blackdown addressed the group. He was answering a question about how he came to be the RSM, and he said that sometime young cadets feel like they have to be just like someone else. He said that he started his cadet career as an Air Cadet, and then transferred to Army. At his home corps, he was involved with the Band, and during the summers, he did GT, Drill, Fitness, and Expedition camps, and he did the pre-parachutist course. He wasn’t successful in pre-para, but he came to Blackdown to staff, and he was named the RSM. There are always successes and there are always lessons. He said that he doesn’t think that there’s any such thing as a model cadet. Every cadet should strive to be the best cadet they WANT to be, and they should try every day to be better than they were the day before.

We got the opportunity to have lunch in the mess hall with the cadets, and then we had tours of some of the company groups. We visited and toured the band buildings, the confidence course and (currently out of bounds) abseiling wall, visited the Survival (Air) company at the air rifle range, and saw some of the Sports and Fitness groups doing a few different training drills.

Because 21 Army attends the third serial of GT, and the second serial of the 3 week basic courses, there were very few of our cadets on base at Blackdown while we were there. We did catch a glimpse of Maddy Taggart leading as CSM of her company, Ryan Byrne carrying the pennant for his company on Battalion parade, and Kathryne Truong headed into a classroom with her drumsticks in hand during our tour of the Pipes and Drums building.

When Mr. MacDonald and I had a cadet still attending summer cadet training at Blackdown, he went to GT, Basic Drill, Basic Expedition, and Expedition Instructor. My previous view of Blackdown had been limited to the parade square, or trying to navigate the field of tents to pick him up after graduation (in the dark, no less). I’m glad I got a chance to visit Blackdown for League and Sponsor Appreciation day, so I could get a better overview of the whole camp. Seeing 2600 cadets on parade for Sunset or Graduation is inspiring, but having the opportunity to watch cadets laughing and working together in their individual companies certainly reinforces in my mind what a worthwhile program Cadets is, and how proud I am to be a volunteer to support our cadets at 21. 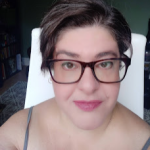